Call to Schedule Your Pick Up! 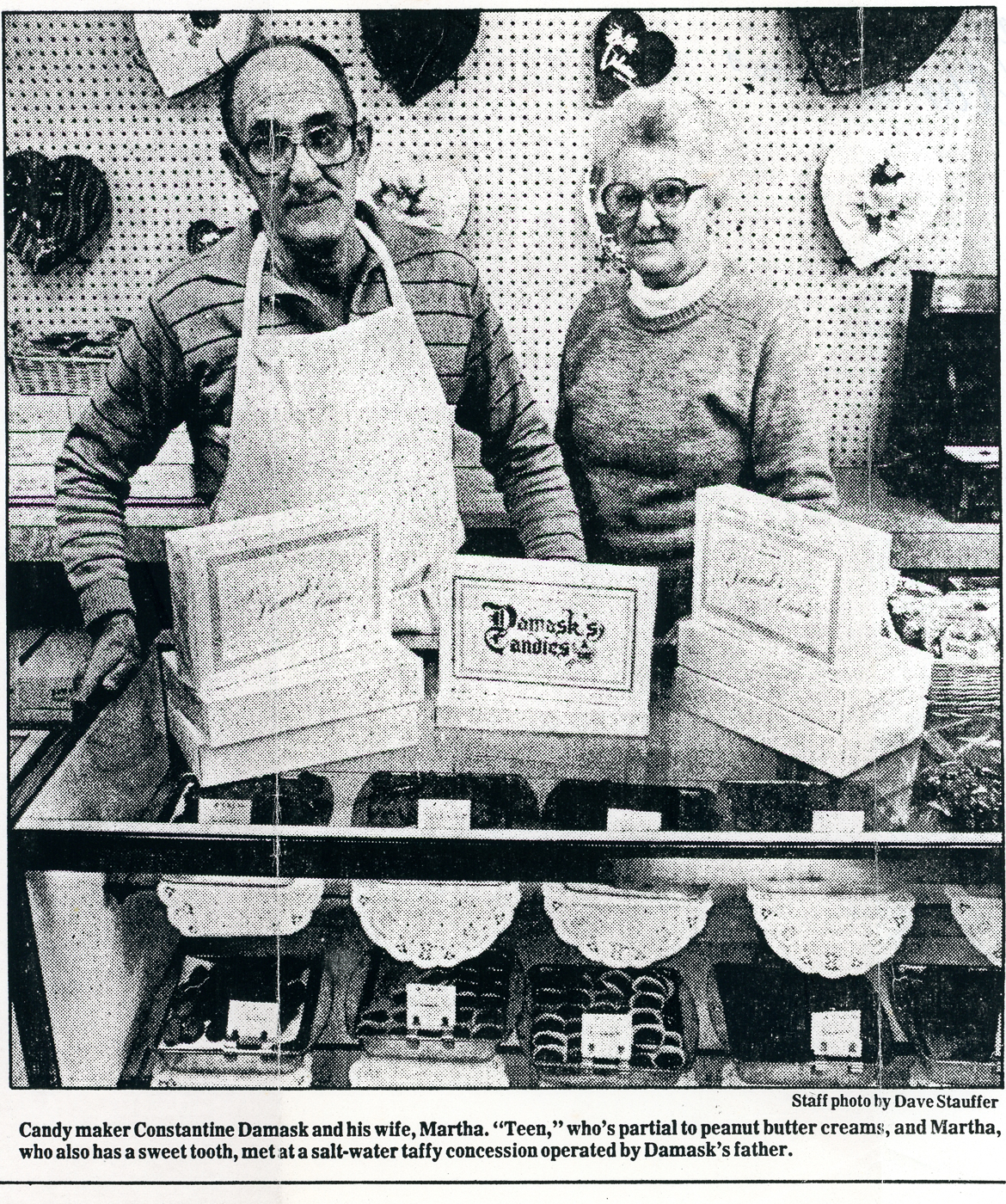 Arthur Damask came to the United States from Skiathos, a Greek island in the North Aegean Sea, and settled in Philadelphia in the early 1900s. He learned his trade of candy-making in a small shop on Germantown Avenue. Arthur relocated to Swedesboro a few years later and built a kitchen in his garage on Helms Avenue. In the early 1920s, he operated his retail store and soda fountain, the Sugar Bowl, at three locations. In addition to his Swedesboro shop, Arthur had two concessions at the popular Pennsville summer resort, River Beach Park, and in Bridgeton, which remained in business for 20 years before he closed both during World War II.

Arthur and his wife Ella, a Bridgeport native, had 11 children, all of whom worked in the family business at one time or another. Arthur’s son, Constantine, known as Teen to his friends, was born in Swedesboro in 1915 and graduated from Swedesboro High in 1933, now known as the Walter Hill School. Teen worked part-time while in school and upon graduation went to work full-time for his father. Teen remembers the depression years as being tough times for folks, but his father managed to feed and clothe all eleven children and always made sure there was plenty of Christmas candy. It was while working at River Beach Park in those early years, making and selling salt-water taffy, that Teen met his future wife, Martha.

In 1955, after taking over the family business from his father, Constantine ‘Teen’ Damask moved the business from Helms Avenue to the current location on Route 322. During the summer months, when the heat made it difficult to make candy, Teen worked as a house painter for 35 years until he retired from that in 1984 at the age of 68.

In 1987, Gloucester County Times reporter, the legendary Bob Shryock, interviewed Teen and wrote, “Constantine Damask admits to having a sweet tooth, which can be about as risky an occupations hazard as a man can endure when he makes candy for a living and also lives atop the business.” Teen continued to operate the family candy business until he passed away in 1995 at the age of 79. 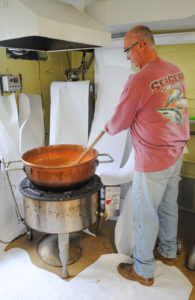 As fate would have it, that same year, Constantine’s son, Doug, a mechanic at Crown Cork and Seal, lost his job when the plant closed, so Doug stepped right in to continue to the family business. Doug’s mechanical background helps keep the machinery running so production can keep pace with demand.

Doug carries on the tradition started by his grandfather, Arthur, and his father, Constantine. “You do not skimp on the ingredients,” Doug offers. Damask’s uses locally sourced ingredients such as the fresh cream used in their caramels and creams, following recipes passed down from his grandfather.

The Future of Damask’s Candies

The future of the Damask’s Candies is in the capable and eager hands of Doug and Sharon’s two daughters, Alexis and Amber. Together, the girls have been working with their parents to learn the business of candy making the Damask way. You need only look to these two young ladies to see the fourth generation of Damask’s Candies is already perfecting the family craft!